Home Technology How To Choose The Best VR Accessories For PC

Virtual reality (VR) gaming is quickly becoming one of the more popular ways to immerse yourself within the gaming experience presented before you. By simply sliding on a headset, you are transported into a seemingly three-dimensional world, giving the illusion of being inside the game itself.

As VR technology becomes more readily accessible to consumers all over the world, it’s no surprise that tech companies are competing to make the best VR accessories and gaming experiences.

To help you choose the best VR headset for PC to improve your gaming setup, we have listed some of the best that money can buy. 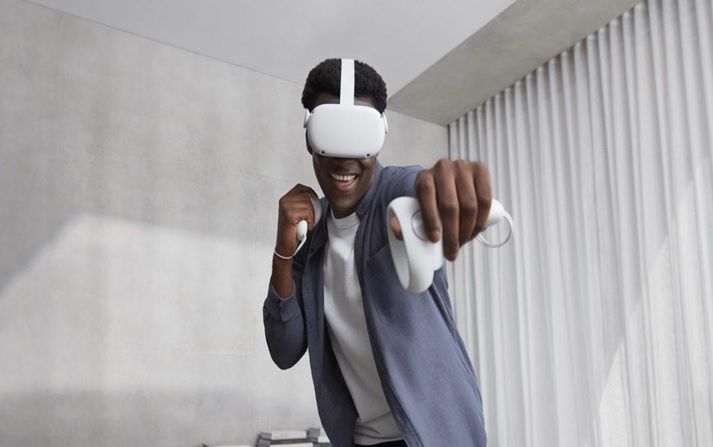 The Quest 2’s resolution has been upped to 1832 x 1920 per eye compared to the Quest’s 1440 x 1600 per eye. It boasts a unified panel instead of one for each eye, making for clearer gameplay and a more immersive experience.

The Quest 2 holds a more powerful Snapdragon chip bringing a fantastic VR experience. This creates a lot more power to the system, helping you game even without any tethering to a powerful PC or a smartphone!

It is accompanied by two touch controllers, which have also been upgraded since the Quest’s. These are a little more bulky and take a while to adjust to, but once you get a grip of things, you’ll be on your way to VR glory.

If you’re looking for optimal image clarity, then the HP Reverb G2 VR headset is the one for you. The G2 is a welcomed upgrade of the original HP Reverb, boasting some better all-round specs both internal and external. A noteworthy addition is its upgraded audio quality, thanks to HP using the same speakers found in the Valve Index.

Unfortunately, there have been reports of spotty connectivity between the headset and the controllers while moving quickly and holding them close to your chest. This is something to be aware of, but the Reverb G2’s amazing image quality with very high per-eye resolution makes up for that and also helps make things from gaming to reading text extremely enjoyable.

For the first time, gaming on the Index offers you a choice of refresh rate, allowing for up to 144 Hz as an experimental feature. This gives you the option to pick your refresh rate based on your system’s capabilities. However, to do this, you will need a pretty powerful graphics card to surpass 90 Hz.

But the most exciting part of Valve Index’s kit is the long-anticipated Index controller. These secure to your hand with various adjustments and allow open-hand movements for in-game actions like picking something up. The addition of capacitive touch and pressure sensors can tell a game how firm or light your grip is. This is a literal game-changer when it comes to immersive VR gaming.

There we have it, three of the best VR headsets for PC you can buy today. We can’t tell you the right one to choose, but we hope that you now have a better idea of what you’d like from a VR headset. As is the same for other technology in the present day, the developers and creators will undoubtedly continue to update these headsets with upgrades to boost performance more and more.

It’s a great time to get into VR gaming on PC with more games being released, taking advantage of ever-growing virtual reality capabilities.

What Is A Web Design And What Is The Role Of...

5 Tips On How To Choose The Best SEO Agency

Outsourcing The Outreach Process For Your Digital Agency